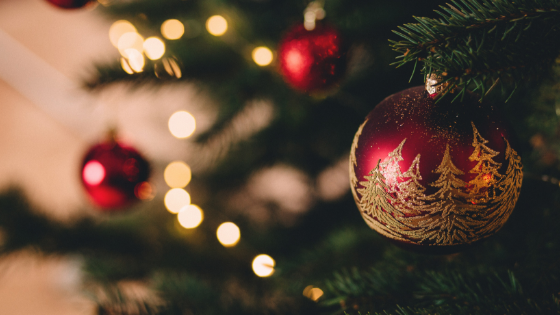 Why do we celebrate Christmas on December 25?

The reason Christmas lands on this date is a bit of a mystery. The Bible doesn’t specify the date of Jesus’ birth, and early Christians debated the topic for years. They first thought it was January 6, because April 6 was assumed to be the day Jesus died, and there was a corresponding belief that prophets died on the same day as their conception. But by the fourth century, they changed their minds to December 25. Some sources say this new date was purposely chosen to draw attention away from a pagan winter solstice ritual that fell on the same day. Others say that’s not true. All we know for sure is that regardless of the reason why, that date stuck.

Why do we put up a Christmas tree?

Evergreen fir trees are universal winter decorations. Pagans displayed the branches as a reminder that spring would come again. Romans placed them around temples to honor Saturn, the god of agriculture. But the first time the evergreen was used as a Christmas tree was either in Tallinn, Estonia, or Riga, Latvia. Each city says it is the true home of the first Christmas tree. In the 16th century, German Christians brought the trees inside their homes as a symbol of everlasting life. When news spread that Queen Victoria had her German husband Prince Albert set up a Christmas tree in their palace, the practice suddenly became the height of interior design in England and America.

Why do we put lights on it?

Martin Luther is said to be the first person to put lights on a Christmas tree. Legend has it that he was walking through a forest one night and was moved by the beautiful stars shining through the trees. When he got went home, he recreated what he saw for his family by putting a tree in their living room and placing lighted candles on its branches.

Why do we sing Christmas carols?

When Christians began replacing pagan winter festivals with Christmas, bishops across Europe requested certain hymns to be sung at Christmas services. Many composers wanted to write their own carols, but since they were always in Latin, they weren’t terribly popular. Then in 1233, St. Francis of Assisi started putting on Nativity plays, which included canticles that told the story of Christ’s birth. These were usually all in a language that audience members could understand, so they sang along. Since then, Christmas carols have always put listeners into the cheery holiday spirit.