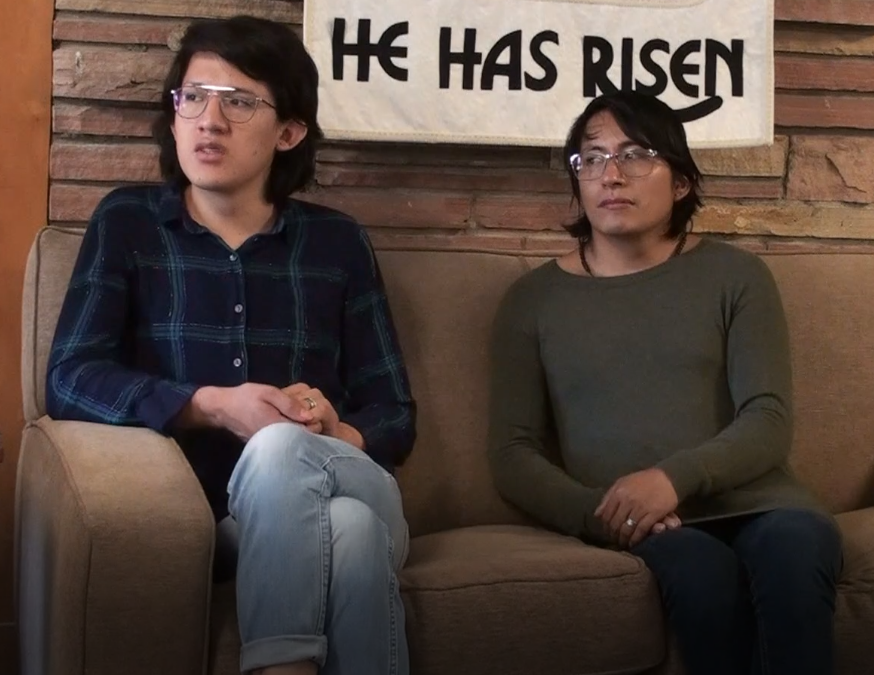 For two transgender women from Ecuador, the journey to Longmont was full of danger and challenges. Their plight to just survive began in their homeland, where the majority of the population doesn’t support or tolerate the gay community.

Because they are married, Taylor, 24, and Francys, 35, were chastised for their lifestyle in South America, where 94 percent of the population is considered Roman Catholic, a religion that looks upon the women as an abomination.

Because they are part of the LGBTQ population, the women were beaten in their home country, sometimes even by their own family members. The horror for them was very real and was magnified when they learned recently that a friend had been murdered by gangs in Ecuador.

To escape such persecution, the women were lucky to make their way to the United States, where Jan and Dave Perry learned about the women and their plight.

“We learned about them and volunteered to sponsor them when they arrived in the United States in December,” said Jan.

They crossed over and were taken to a detention center, then transferred to another detention center in Tacoma, where they were released into the Perrys’ custody. Dave explained that the only way they had any chance of getting asylum and not being considered illegal when they cross the border, was to have an attorney to escort them. They were fortunate to have one.

“Before they were released into our custody, they went through a hearing to determine ‘credible fear’ by explaining why they were coming to this country,” said Dave. “They literally feared for their lives.”

The women have lived with the Perrys for four months now, and in that time they are learning English while Dave, according to Jan, “is making an effort to learn Spanish.” They sometimes use translators on their phones to converse and, according to Jan, it can get funny at times in the same way that computers “autocorrect” what you’re trying to say.

“We’re trying to encourage them to communicate in English,” said Jan. “It’s very important they learn good English in order to get jobs.”

Right now the women are in differing stages in the learning process at their ESL classes that are offered through Intercambio via Zoom. Jan said Taylor has already qualified for the second level in English.

With Taylor’s and Francys’ arrival in Longmont came support from various entities around the Boulder County communities. Jan explains that the Asylum Project is basically the support team of 25-30 people from Left Hand Church, Heart of Longmont UMC, and the people of the community.

“We especially appreciate the fact that Pastor Burt started printing out his sermons in Spanish so they can have it,” Jan said. “They love his preaching!”

Out Boulder County is another supporting organization that put the Perrys in contact with legal resources. According to Jan, the legal costs of moving the women’s asylum case through immigration courts can be phenomenal. Immigration lawyers can be very expensive, but Out Boulder informed the Perrys of a lawyer working in CU’s law clinic with law students who want to learn about immigration. They’ve taken the case and will stick with it through the conclusion.

The women will need to take care of their health and well-being when things get back to normal. When the women arrived in Longmont, the SALUD Clinic gave them complete physicals, diagnosing Francys with a deviated septum, a probable result of the beatings she endured. The coronavirus pandemic has thrown a monkey wrench into any plans for Francys’ corrective surgery.

“I want to thank the Heart of Longmont family for their generosity with giving,” Jan said. “The Left Hand Church and the community have been giving, too. We set up the project so people can give and do it through the church. People have come forward so generously with donations, and we just want to make sure things are done on the up-and-up.”

The minute Taylor and Francys connected with the Perrys, their futures already looked brighter – a future that sees Taylor as a chef and Francys having a career in nursing. For now, and until they can go out on their own, the women are jumping right in and helping around the house, especially Taylor with her cooking.

“They can’t get jobs without their green cards,” Jan said, “so they just want to help somehow.”

The women have come a long way from Ecuador and the detention centers where they were mistreated along the way. In two more months, they would have been sent back to Ecuador, a fate the women feared.

The Perrys agree, “It’s a miracle they got here!”